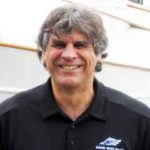 Dan has been involved in boating since age 10 when he built his first boat with his father a 8′ row boat and later a 12′ Hydroplane. Over the last 40 years, he has owned various types of boats from ski boats, day cruisers to Motor Yachts.

He holds a 100 ton Masters License with the United States Coast Guard and has been involved in Yacht deliveries and Yacht Charters. Dan has also developed a practical boat training program for the first time boater or for those who would like a refresher course.

Dan has 18 years Yacht Brokerage experience. During that time he has been involved in all aspects of the Brokerage Business to include the listing and selling of boats, purchasing, negotiations, and closing of the deal.

His goal is to provide a professional, low key, no pressure, approach to selling or finding you the boat of your dreams. 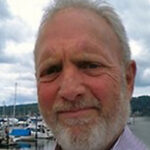 Jim split his youth between Michigan fishing for Trout, Pike and Bluegill and Florida playing in the Keys and Everglades. A distance swimmer in high school and college and a WSI to pay his way. An army stint on the American Beach at Camp Darby, Italy teaching swimming and sailing to GI’s and their dependants Jim met his wife, Diane, in Monterey, Ca. and they made their way to Seattle where Jim earned his Private Pilot’s License back in 88. Those $100 cheeseburger flights are a thing of the past. After owning several boats since arriving in the Pacific Northwest he decided to work in the industry. Jim loves twin engine Motor Yachts and showing new owners the pleasure and fun of operating them. Jim is comfortable in all types of sailboats, cruisers and Motor Yachts. He, his wife and grandson, Silas, live in Kingston and work Kitsap and Jefferson Counties. 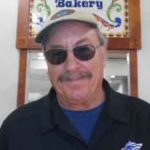 Associate Broker John Colby brings a wealth of experience on the waters of the Pacific Northwest. He has been operating power boats since age 13 to the present day. He began in racing runabouts and has operated commercial fishing vessels up to 110 feet in length. He spent 23 seasons commercial fishing in Alaska, Puget Sound, British Columbia and the Columbia River. Colby began in Boat Brokerage in 1983 and has some 25 years total in Boat and Yacht Brokerage. He joined Dan Snope when SOUND YACHT SALES opened for business in early 2017.

John Colby grew up on the waters of Puget sound and the Columbia River. At midlife, he spent 23 seasons commercial fishing in Alaska. In advanced life, he was a Yacht Broker on Lake Union with the “Big Boys”. Actually, John was originally trained as a marine biologist (More correctly a Naturalist) from the University of Puget Sound in Tacoma. When you go on a boat ride with John he will explain, en route, every marine bird and marine mammal that you might encounter. Even their scientific names if you are interested.

John Colby bought his first boat at age 6 and has been on, around and under the waters of the Columbia River to the end of the Aleutian Peninsula for his entire life. 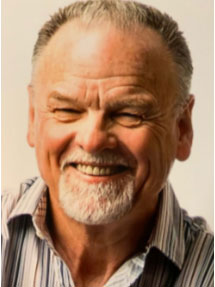 Wayne was born in 1950 right here in the Puget Sound where he has focused his entire working career on snow skiing along with a forever fascination with yachts, yacht cruising and an endless passion for customer service.

As a self starter who has now retired from a 50 year career as a local ski shop owner, 5 state regional independent sales rep and National Account Mgr, he has always extensively traveled and camped in his seamless stream of vans, motor homes and yachts.

Since 1996, he has been a tenant of the Gig Harbor Marina & Boatyard where he has been able to build on his interest in vessel maintenance and marine education.

As a mariner with a lifetime of enjoyment on his own boats from 7 to 45 feet, his membership in Tacoma Yacht Club since 2007 and one who holds a USCG Master 100 GRT Captains License, he always looks forward to any opportunity to assist others in both selling existing vessels or shopping for the perfect watercraft.